East London luminaries, Rudimental have today announced that, due to scheduling conflicts, their highly anticipated Toast To Our Differences Australian tour will be rescheduled for May/June 2019.

The group also announced that beloved Australian dance group Sneaky Sound System will be on support duties for the tour.

For fans who have already purchased tickets, please hold onto them as these tickets will still be valid for the rescheduled shows in the same city. For any ticket purchasers unable to attend on the rescheduled dates, a refund will be available from point of purchase.

Rudimental’s Locksmith says, “To our Aussie fans – we’re so sorry we have had to reschedule our trip down under, but we’re excited to see you later in the year – and to be bringing our friends Sneaky Sound System along, too. It’s going to be a serious party!” 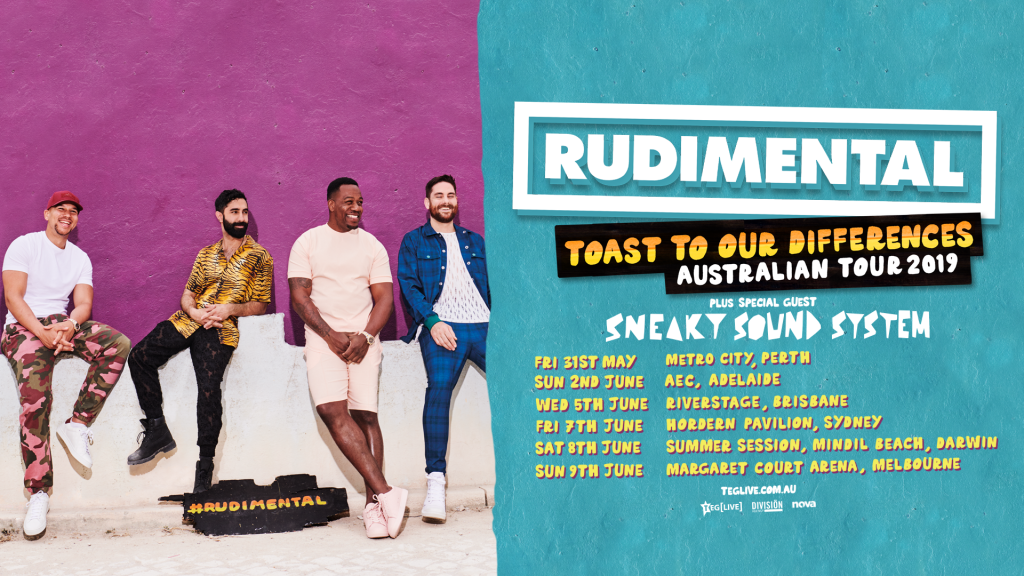 ALL SHOWS EXCEPT BRISBANE

We are particularly excited to be bringing the band back, having enjoyed a long and successful history with the them over the years. We first introduced them to Australian audiences at Future Music Festival back March 2013 where they took the country by storm and proved to be one of the stand out performances that year and in subsequent appearances.

With over 1.4 billion global streams, 20 million single sales, 40 platinum awards, 22 million monthly listeners on Spotify (ranked 55thartist in the world), 700 million YouTube views and a global audience of 1.5 million+ across socials, there is no doubt Rudimental are conquering the world and loving every second of it!  Their single These Days featuring Jess Glynne, Macklemore and Dan Caplen has racked up more than 2.4million sales worldwide and has just been certified triple platinum here in Australia. The new single with Major Lazer, Let Me Live featuring Anne-Marie and Mr. Eazi is quickly climbing the airplay charts on a similar trajectory to all the other Rudimental singles that have gone before it.

There’s a lot of love for these guys here in Australia (one of their best performing markets) and it’s been over two years since the full band last toured here. But the good news is, they’re pumped to get back to our shores after being reminded of just how fun our Aussie audiences are when they headlined Snowtunes with a DJ set earlier this month.  Piers Agget enthuses, “We can’t wait to come out to Australia again. It feels like our second home, we’re gonna be playing the new album and touring with new singers and bringing a new spin on that Rudimental vibe”. 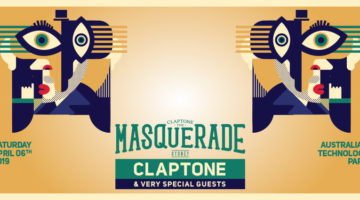